We have 49 guests and no members online

And what to do about it! 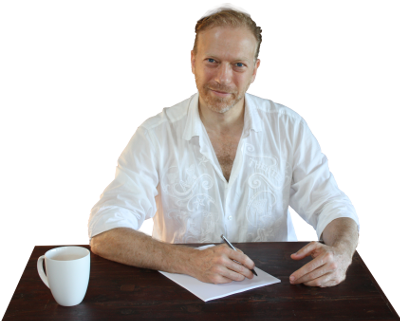 The psychological effect of “being triggered” by an external event is something that one hears about a great deal these days. It has become a mainstream concept, often mentioned in the press and in online articles.

The concept, in case you are not familiar with it, is quite simple: someone does something or says something that causes, in the triggered individual, a negative emotional response that is so powerful as to be debilitating.

If you have never experienced yourself being triggered, a useful way to understand it is to imagine yourself being offended to such a degree that you feel emotionally unable to cope. Typically, when we speak of triggering, this also implies the individual having a loud, very visible melt-down.

And since this is something that is now in the common parlance, I feel that it is important to gain some understanding of what is really going on here and how one can begin to respond to triggering – your own and someone else’s.

The first thing I would share with you is that the trigger is not the problem; it is merely the symptom. The trigger is doing you a massive favour, no matter how unwelcome it seems. The trigger is pointing you to something inside yourself that is in need of loving, healing attention. When we continue to reside in a state of oblivious ignorance of our own psychospiritual trauma, our higher selves actually contract for a trigger to bring that trauma to our conscious awareness, so that we might heal it.

Spiritual children, feeling the pain of the trigger, demand that the trigger must change.

“If I feel triggered by someone, then that is absolute proof that they are evil and they must change,” says the spiritually immature individual. They insist that their triggering is, in and of itself, objective proof that the trigger is the problem. And then they proceed to escalate their sense of displeasure over the issue until they see the trigger silenced or removed from their awareness. Which actually resolves nothing at all since the real problem remains unresolved and unaddressed in the deep recesses of their psyche (the Shadow). Which means that the triggered individual will then need to again be contracted for further future triggering. Which, in turn, means that their pain will only become more and more extreme and debilitating until everywhere they look, everyone they meet, in one way or another, triggers them. If they do not come to a New Decision about themselves, about life and about their own rigid attachment to their own victim consciousness, they are guaranteed to eventually find themselves locked into a constant state of roiling meltdown. A non-stop, unremitting panic attack.

This must unfortunately be so. And not because anyone, anywhere, in all that is, wishes this pain upon them. Quite the contrary. Their own higher self, as an act of love towards them, is contracting for these experiences simply because no other kinder, gentler way has ever been found to cause those who are rigidly attached to their victim beliefs to choose, of their own accord, to re-evaluate those beliefs and to release them.

And so it is. As the triggered individual evolves their consciousness, raising it by coming to new beliefs about themselves, so they begin to use their trigger events as a tool to see into the hidden parts of their psyches.

"If I feel triggered, there must be something within me, of which I am unaware, that needs healing," the spiritually advanced soul says.

Spiritual Adults experience these triggers as unpleasant blessings. They do not enjoy them... but they do, nonetheless, bless them with their gratitude as they use them to work on their own healing. And as they affect that healing, so they continue to raise their consciousness into ever higher levels, coming ever closer to knowing themselves to be eternal, immortal beings of limitless creative power.

And so my invitation to you: the next time you feel triggered, place a gap in time between the stimulus (the trigger) and your response. See if you can THIS TIME use the trigger like a Spiritual Adult. Instead of simply reacting to the trigger, see if you can stop and give the event some consideration. Ask yourself how and why you brought this experience to yourself. Ask yourself what you can learn from the experience. Ask yourself if there is a New Decision that you can take about yourself so that you might not, in future, have such a violent response to the same trigger. And then, when you have begun to answer these kinds of questions, ask yourself if you have a response to the trigger that comes from your most whole, healthy and mature Self. And see how that compares to the triggered reaction you might otherwise have come up with.

You CAN heal and you CAN overcome your triggers. And this is a beginning in that direction. If you cannot do this on your own, seek help. An attachment to victim consciousness will not serve you! And if you cannot heal it, you really should get help from someone who can assist you and guide you. (Find a professional in the field of mental and emotional health or consider Soul Re-Integration).

When an individual or a group displays signs of being triggered, I’d like to invite you, first of all, to not take it personally. They will often do their utmost to make it feel personal. Spiritual Children are enabled to remain in a state of immaturity whenever we allow them to manipulate us. Think of a child throwing a raging tantrum in the supermarket. We’ve all seen that happen. If the parent becomes ashamed and then gives in to the child’s demands, that child will have “learned a trick”. It will then know that it can get whatever it wants if it just sufficiently amps up the emotional drama. The child will take its distress at not getting what it wants and turn that into “Armageddon in aisle 9” to get the treat it wanted.

Triggering is not entirely unrelated. The triggered individual feels some genuine distress. But their life’s experience has taught them that they can affect the world by allowing that distress to balloon to the point of melt-down. This is usually a totally unconscious process. It is usually the Shadow that enacts the triggering. But, whatever the case, this IS a manipulation ploy. The personality will vehemently deny this if you were to ever dare to suggest such a thing. And it is to be accepted that they are most likely not consciously choosing to be triggered. But it cannot be argued that the triggering process is an attempt by the psyche to change others' behaviour.

“If they just stop doing that, then I can stop feeling triggered,” is the way the triggered individual rationalises it – reinforcing their belief that the “problem” is outside of themselves in the other’s behaviour.

So, if you can rise above the triggered individual’s attempt to take their triggering personally, you will become like the supermarket parent who simply refuses to feel ashamed over their kid’s tantrum. I am not here to give parenting advice, but if one did not react at all to the tantrum, it would blow over eventually. And if one were to not concede a single reward to the tantrum thrower, they would be less likely to do it again in future.

So the first thing to say to yourself when you observe a triggering is, “This is not about me.”

The second thing to say to yourself is, “It is unhelpful if I concede anything at all to this person while they are in this triggered state.”

See if you can remain centred in yourself and in the awareness that what you are witnessing is a sign of THEIR deep spiritual pain. Be as compassionate as you can. Kind as you can. But also firm as you can. You do NO ONE any favours by capitulating to the manipulations of a Spiritual Child.

What you MIGHT want to do is to suggest a future date at which to discuss the triggered individual’s grievances, when they are feeling less emotional. Only when they are able to approach the subject in a calm and rational way can there be a discussion. And only in a calm discussion can there be negotiation. And only with negotiation can two parties come to a resolution which both feel is acceptable. And this takes maturity. It invites the Spiritual Child to grow up.

In closing: I do not suggest that Triggered Individuals do not have a genuine grievance. I am not debating the issue that they feel causes the triggering. I am simply making my position clear: an emotional explosion is only productive if you are using it as a tool of manipulation. And if you don’t like being manipulated, you should not treat others this way. If you wish to affect change in a helpful and positive way, you will need to do so in a mature, adult fashion. You will need to outgrow your triggering.